Primal Therapy flourished in the 70´s, following the publication of «The Primal Scream» by Dr. Arthur Janov, a best seller that helped to spread out this revolutionary therapy.

This first book, written with so much enthusiasm, gave us some great insights into our emotional world and helped to heal the wounds of many people, even famous ones like John Lenon.

Dr. Janov also wrote «The Biology of Love» and a dozen additional books to further explain Primal therapy and its biological foundations, and many other Primal therapists published books and experiences about Primal therapy since then.

There have been two tendencies in the Primal arena since the beginning:
The Interventionist school and the Natural approach, none of them consider the trans-generational roots of our sufferings which can only be healed in a different scenario, like the Family Constellations workshops. 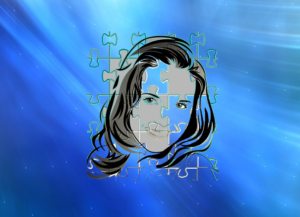 Natural Vs. Interventionism
In the interventionist approach, the therapist uses techniques to collapse the defenses of the client/patient. The therapist helps the client to connect with his feelings and is generally directed toward the early childhood feelings that the therapist considers most important.
The interventionist Primal therapist does not force the client to feel something that he does not feel, but he pushes him to gradually enter the stage of his pain to face it and feel it. He assumes that, otherwise, the client could turn in circles, avoiding to face and feel his painful truth.
Since the «original» pains are usually in the early childhood, there is a general tendency to direct the client towards that stage of his life, and often with excessive urgency.

From the natural perspective, the slightest anxiety of the therapist to direct or control the therapy may impair the natural progression of it. For a natural therapist, when the client experiences any feeling, everything he needs to do is to help her/him it to stay there with that feeling.

The interventionist Primal therapist, on the other hand, directs the client to a frontal assault to the psychological defenses, and places excessive emphasis in the client observing the elements of its own defenses, so that a progression must occur to carry the person from the recognition of the psychological defense to the connection with the feelings behind such defense. For the interventionist therapist, the first step is to recognize the undesirable and irrational effects of those psychological defenses in his conduct and then to deepen in the feeling behind and analyze those feelings to determine its origin.

In the natural approach, although the knowledge and the sensitivity of the therapist is very important, he does not directed the process, but allows the client to face pain at his own pace, moving gradually and naturally toward more painful and devastating feelings. The natural Primal theory believes that if the therapy pushes the client into feeling something he is not is prepared to, it can produce a opposite effect, and the therapy may be extended unnecessarily. In this sense, the technical interventionism can not only break the natural rhythm of the therapy, but decrease the «intimate confidence» of the client in the therapeutic process. When this happens, it will likely be necessary to spend some additional therapy time to try to recover such ‘intimate trust’.

The natural Primal therapy values important role of our psychological defenses and he does not believe that the client should strongly confront their reason of being or its origin. From the natural perspective, the defense system is just another symptom, whose cause is the buried primal pain. Any attempt to destroy the defenses of the client from the outside will produce an overload, a lock, or the construction of a new defense.

Every minute the client is feeling «that» is slowly melting the wall of defenses, consequently producing an increase of feelings, which will demolishes the wall a little more… and so on. This way, the «trap» in which we are trapped in our childhood, or at any other stage of our life, unfolds gently and naturally to be resolved.

In the process of bringing us to understand our feelings and our original unmet needs, we know better ourselves and understand the reason of our psychological defenses. Psychological defenses are there for a reason, and that reason is important. When we experience our «original» feelings, our defenses decrease gradually until they fade away.

From the natural approach, when the pain is forced to emerge out of its natural sequence, there will be inevitably delays in the therapeutic process. To push the client where he is not ready to go, not only is unnecessary but counterproductive. The Primal natural therapy assumes that there is a natural sequence for the client to feel buried pain that is unique to each individual which may not be known in advance by any therapist.

Forcing the client to be direct, instead of allowing him to be «reasonable» or «intellectual», and asking him to get on the floor and yell directly to their parents «love me! Love me!» or call him a ladybug in order to help him discover a repressed need, are examples of interventions that sometimes work and produce positive effects.

However, this «motivation» or «well intentioned provocation», by the therapist, can not only cause negative effects, but it may dangerous damage the client. The therapist may ask the client to shout to his mother or to his father so he can connect with the trauma that floods his life, but if the cause of its «original» disconnection is the constant «orders» of his parents, then the new orders, analysis or interpretations of the therapist may sharpen even more his problem.

The natural Primal theory believes that only the exquisite sensitivity of an experienced Primal therapist could capture the precise moment in which successful implementation those technical interventionists. Therefore, these techniques should be considered dangerous in the hands of the majority of the therapists.

To direct, control or push a person towards where he is not still list to go, puts him on guard against the therapist. This not only hinders the progress of the therapy, but makes the therapeutic process go backwards.

Any therapist using this methods should ask himself with total honesty, over and over again, if he is not too anxious to «show off» and get results quickly or, what would be worse, if it is not «acting» his own symbolic need to be «useful» or important; in which case he should spend some time whether to dig deeper into his own therapeutic process.

To tell the client to breathe deeply, to shout, or to focus on his own body is to tell the mind to handle the body, which can further increase the repression on the body. Primal therapy interventionism can become a vicious circle where manipulations, orders and therapeutic techniques are used to resolve blockages that have been caused by previous manipulations, commands and techniques.

The Primal natural therapist, when in doubt, limits himself to do nothing. He does not treat the client as an object and tells him to put his legs open so that he can feel vulnerable or unprotected. At the most, he may suggest the client to let his body express what it is feeling, or to get in tune with the posture that best reflects what he is feeling in that moment.
While an interventionist therapist try to achieve changes destroying the defenses of a client, the natural Primal therapist succeeds being direct and without preconditioned goal in mind.
In the natural approach, the transfer is something that helps to feel the pain, while in directed therapy it is often in a problem. This is due to the fact that the client is driven our of its natural sequence and ends ‘acting’ his pain in circles.

The Primal therapist practicing directed therapy without hesitation, or who is always pending «to do something» to make progress in the therapeutic process, makes a great effort without any doubt, but this does not mean that the results obtained will be proportional to that effort.

Every therapists should devote priority effort to get rid of their own defenses, and to deepen and tune better with their own feelings. This way, it would tremendously decrease the risk having personal unresolved problems interfering with the therapeutic process of a client.

The natural Primal therapist should perform periodic self-sessions about his feelings, becoming a client from time to time, under the assistance of another therapist, refer his clients to another therapist when it is advisable, and take a well deserved vacation several times a year.

The natural therapist, being not interventionist, can sometimes direct. Ask a person who is embracing a pillow, because he feels empty, to leave the pillow and feel its emptiness, could be an example of «natural» primal interventionism.

Regardless of any possible Primal interventionism, there should be always be kept in mind that the essence of a natural Primal therapy is to help the client to go deeper into his feelings. Therefore, all natural Primal therapists should:
(a) Be 100% «present» to attend the client.
(b) Listening without judging.
(c) Accepting completely what the client feels.
(d) Lead the client to a «feeling state» where he is able to talk to whom made him suffer as if such person were present in the room.

Although there are interventionist Primal therapist who practice therapy with little interventionism, for a non-natural therapist is usually quite difficult to fully accept such a «respectful» approach, since its technical therapeutic «orders» carry an implication of non-acceptance.

From a natural perspective, a therapist practices directed Primal therapy when:
(a) Takes «responsibility» for immersing the client into his feelings.
(b) Leads the client systematically to connect with early childhood feelings.
(c) Support the client with the analysis of his feelings.
(d) He tries to break the defenses of the client «wildly».
Finally, according to the natural Primal theory, the combination of Primal therapeutic techniques with medication or drugs, would be another form of interventionist Primal therapy, although, in these cases, the number of therapeutic errors could be even higher.

To combine Primal therapy with any other therapy would be generally considered as a harmful interference, although there may be some exceptions with positive results, like a Family Constellation done with the right facilitator.

Primal therapy must be as the flow of a river which allows its own regeneration. You can make some mistakes and muddy the «truth», but if the flow of the feelings are fully allowed, each person will find «his way».
Perhaps this is the true meaning of faith: believing that «the truth» will light in «your world» and will make you free.

Primal references and books in Internet: The Primal Scream, The Biology of Love, Primal Therapy, ….

PRIMAL THERAPY
Almost all of us have suffered traumatic experiences in our life that manifest in the form of vital and emotional imbalances later in life.
These experiences are printed in our body, making our life difficult
and sometimes unbearable.
They are at the origin of depressions, phobias, anxiety and panic attacks,
as well as a range of physiological and psychological symptoms.
Primal therapy allows us to access these memories of unconscious sensations
and feelings to resolve them in a secure environment.

It is not possible to live life fully without releasing our past traumas in the personal level as well as the ones in the trans-personal / trans-generational level.